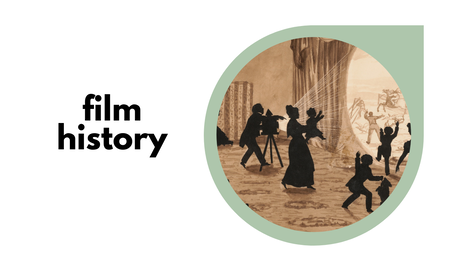 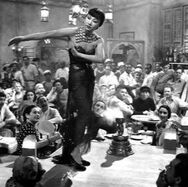 Anna May Wong: International Star, Forgotten Icon | Lucy
Aired: 7 May 2022
​​
Ambitious, resilient, and internationally famous, Anna May Wong was one of the biggest movie stars of the 1930s. She had her first starring role in Hollywood before she was 20. She had also left Hollywood twice by the time she was 30, frustrated by the racism she faced as a Chinese-American woman. Throughout her career, she had to fight racism and censorship rules to get leading roles. But she also made international headlines for her performances on stage and screen. Though comparatively obscure today, Anna May Wong was a celebrity and style icon in a time when the options for women’s roles were being redefined in art and life. 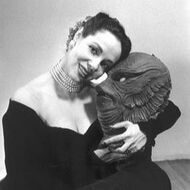 Milicent Patrick and the Creature | Josh
Aired: 14 November 2020
​
While most of us imagine life in Hollywood’s golden age as glamorous and full of star-studded extravaganzas, for Milicent Patrick, it was anything but. Working behind the scenes and on the sides of the sound stage, Patrick designed perhaps the most famous monster in movie history: The Creature from the Black Lagoon. In this episode, we trace the incredible intersections Patrick’s life had in history as well as her should-be-celebrated film career

Last week Esther and Christina began their crossover of our Doggy History and Film History series. Today, because there is more to the history than Lassie and Rin Tin Tin, they continue their exploration of dogs on screen and answer the question, why is there continuing human fascination with capturing dogs on camera?

From Edison Studios’ nineteenth-century “actualities” to present day internet videos of twerking Corgis, dogs’ presence on film is as old as the medium. Join Christina and Esther in part one of this special joint edition of Doggy History and Film History as they consider archetypal film dogs – doggy actors, heroes, athletes, villains, and victims, and learn about the role canines played in shaping the film industry and its practices.

The Rise of the Studios: The Origins of the Film Industry, Part II | Nathan
Aired: 5 July 2014

Picking up where we left off in Part I, in this episode, we'll look at where film aspect ratios come from, why production studios began to move to Southern California, how World War I affected the film industry, the role of women in editing and production, and what the advent of sound meant for motion pictures.

Urban legend has it that when President Woodrow Wilson first saw D.W. Griffith's The Birth of a Nation (1915), he said "it is like writing history with lightning." While the first epic movie in American film history was as deeply innovative as it was deeply racist, The Birth of a Nation ushered in a new era of blockbuster movie making in the early history of the medium.

From Magic Lanterns to Nickelodeons: The Origins of the Film Industry, Part I | Nathan
Aired: 12 April  2014

For early movie-goers, film was a magical experience, but also sometimes a crowded and stuffy one.  From the magic lantern shows of the eighteenth century to the heyday of the nickelodeon in the twentieth, in this episode we'll look at the origins of film as a medium and the early decades of the film industry.

The History of the Academy Awards | Esther and Nathan
Aired: 22 Feb 2014

Full of gowns, gaffes, and gushing, the Academy Awards are the epitome of pageantry and must-see television that sometimes has little to do with the actual purpose of the ceremony: to reward outstanding achievement in film. Join Esther and Nathan in the first installment of their new Film History series as they explore the history of the Oscars, from its origins in the labor disputes of the 1920s through its evolution into the gala spectacle of today.