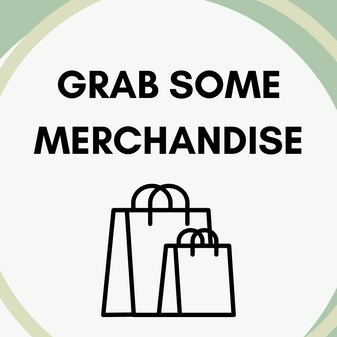 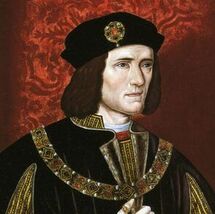 The Brothers York, Part II | Christine
Aired: 9 April 2022
​​
When we last left the Brothers York, Edmund was dead for several years, while Edward had become King Edward IV of England, Richard was his staunch ally, and George was imprisoned after periods of rebellion and dramatic behavior. In this episode, Christine picks up the narrative and discusses George’s fate, the end of Edward IV’s reign, the rise and fall of Richard III, and the end of the Wars of the Roses. 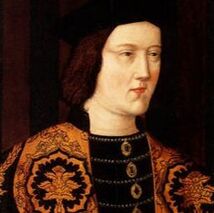 The Brothers York, Part I | Christine
Aired: 26 March 2022
​​
Richard, Duke of York, and his wife Cecily Neville had four sons (Edward, Edmund, George, and Richard) whose lives were consumed by the Wars of the Roses. In this episode Christine begins looking at their involvement in the fight for the crown and how they sometimes succeeded in winning it. 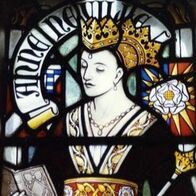 Anne Neville and the Wars of the Roses | Christine
Aired: 3 April 2021
​​
In the 15th century, Anne Neville married twice, once to each side fighting in the Wars of the Roses. Her first husband was the Lancastrian heir and her second became a Yorkist king. In this episode, join Christine for a look at Anne’s life and the people in it, including her two husbands, and her sister Isabel.​

King John and His Dogs | Kristin
​Aired: 20 April 2019
​
King John is often remembered as one of England’s most inept and disliked rulers. By the time he was forced to sign the Magna Carta in 1215, John lost authority, territory, and a lot of friends. Some, however, did remain loyal. In this week’s episode, Kristin looks at King John and his dogs.

Henry II and Thomas Becket, Part II: Rivals | Christine
​Aired: 23 March 2019
​​
Not all friendships are meant to last, but some go the extra mile and turn into bitter rivalries. Picking up where we left off at the end of Part I, this episode follows the relationship between  King Henry II and Archbishop Thomas Becket to the violent ending that left only one man standing.

Henry II and Thomas Becket, Part I: Friends | Christine
Aired: 9 March 2019
​​
​Being King of England isn't an easy task, but Henry II was aided by his good friend Thomas Becket serving as Chancellor. Then, Henry saw an opportunity to place Thomas in the highest position of power in the English church. What could go wrong 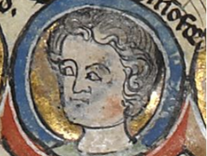 Guy de Montfort and Dante’s Inferno | Christine
Aired: 6 June 2017
​
When your grandfather was a leading crusader and your father was a famous rebel, what is left for you to do? For Guy de Montfort, the answer was to earn a spot in one of the circles of hell imagined by Dante in his Inferno. Find out how this medieval man came to such a fate in this episode. 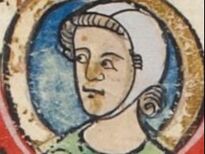 What is it like to be a king but still have to answer to your father? In the twelfth century, Henry the Young King lived in the shadow of one of Europe’s most powerful monarchs- Henry II of England. This episode delves into the life of a man who was crowned twice but never ruled the kingdom. 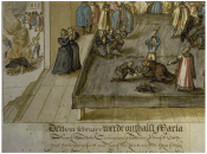 The lives of Mary, Queen of Scots and Elizabeth I of England may be seen as a contrast in social expectations during early modern Europe worthy of scholarship, and television dramas. Perhaps lesser known is the story of Mary's trial and the legacy of her execution. Go behind the romanticism of Mary's life and learn about her death and the legacy of Elizabeth's final action to end of the life of her "Sister Queen." 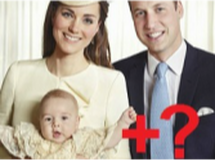 As Britain celebrates the birth of Prince George's little sister, Footnoting History is pondering royal siblings who became influential figures in the country's history. Join us as we discuss how so-called "spares" ranging from Empress Matilda in the 12th century to King George VI in the 20th, found themselves in the spotlight.

Richard the Lionheart hardly seems like a footnote in history. He is celebrated as a great warrior king and is commemorated in just about every film version of Robin Hood. Yet he has become so mythologized that his actual deeds have become obscured. This podcast will look at contemporary sources to re-construct Richard's journey and attempt to retake Jerusalem from the infidel. 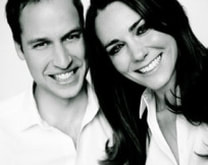 The Kingdom of Great Britain is celebrating today because the Duke and Duchess of Cambridge have welcomed their first child, a son!  In this special edition of Footnoting History, we discuss the history of royal baby names in Great Britain from the most popular to those you are not likely to see on the throne again any time soon. 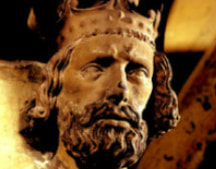 The English and the Irish have been fighting (and singing) about hating one another for as long as both sides can remember but what brought the English to Ireland in the first place? What did England's King Henry II have to do with it? And why is everyone frowning at some man called Dermot? It's time to find out. 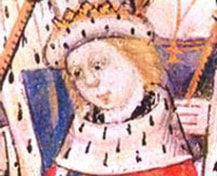 Before social security cards, driver's licenses, and DNA testing, how did you prove your identity? Join us to hear about two famous "pretenders" and their attempts to gain the English throne!