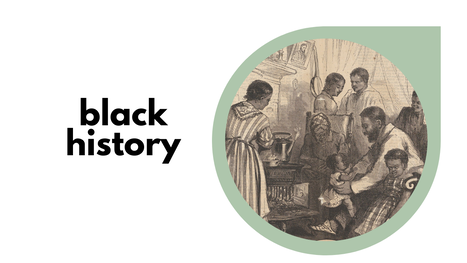 From Hwaet to the Ring Shout:  Lorenzo Dow Turner​ | Lucy
Aired: 6 February 2021
​
What does Beowulf have to do with the linguistics of African-American history? The same man studied them both… and his scholarship on medieval literature helped frame his search for linguistic communities.  This podcast examines the career of Lorenzo Dow Turner, celebrated linguist known as the Father of Gullah Studies. Turner studied the language, ideas, and culture of Black island communities in the southeastern United States, and created recognition for that culture in so doing.​

Jane Manning James | Christine and Elizabeth
Aired: 5 September 2020
​
Jane Manning James was a devoted member of the Church of Jesus Christ of Latter-day Saints from the moment she was baptized in the 1840s.  Here, Christine and Elizabeth discuss her experiences as one of the earliest Black women in the majority-white religion - including her interactions with the church's founder, Joseph Smith, and her fight for full inclusion. 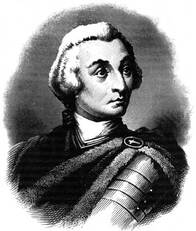 Slavery and the Colony of Georgia | Elizabeth
Aired: 30 May 2020
​
Most likely, many of us have heard tales around how the colony of Georgia was founded by James Oglethorpe, a philanthropist, to be a haven for Britain's debtors but, as always, that isn't the whole story. In this episode, Elizabeth delves into how slavery of Africans was illegal early on in the 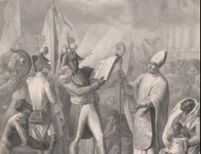 Haitian Revolution, Part II: 1794-1804 | Elizabeth
​Aired: 30 November  2019
​
Between 1794 and 1804, the newly emancipated people of the colony of Saint-Domingue created a government under the leadership of Toussaint Louverture and defeated Napoleonic forces to become their own independent country. In this episode, Elizabeth explains the role of Louverture but also the international ramifications of the creation of Haiti.

Haitian Revolution, Part I: 1791-1793 | Elizabeth
​Aired: 16 November  2019
​
In 1791, the enslaved people of France's wealthiest colony, Saint-Domingue, rose up for freedom. In this episode, Elizabeth examines the many factors that led to the abolition of slavery in the region now known as Haiti. The French Revolution, Kongolese leadership, social stratification, religion, and many other aspects all pay a role in what will become the first successful slave revolt of the Atlantic world. ​

The Life and Travels of Newport Gardner | Kristin
​Aired: 21 September 2019
​
In the 1760s, Occramer Marycoo was taken to the American colonies against his will. When he re-crossed the Atlantic in 1826, he was a free man who also went by the name Newport Gardner. In between, he was a composer, a teacher, a small-business owner, and a prominent member of Newport, Rhode Island Free African community. In this episode, Kristin follows the remarkable journey of the man, who bought his freedom and returned to Africa, known as both Occramer Marycoo – and Newport Gardner.   ​ 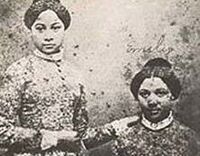 Escape from Slavery: The Story of Mary and Emily Edmonson | Elizabeth
​Aired: 8 September 2018
​
Mary and Emily Edmonson were two of the youngest passengers who attempted to escape slavery on the ill-fated Pearl voyage in 1848. Join Elizabeth as she and a descendant of the Edmonson family discuss the role of these young women in not only the escape but also the abolition movement and Reconstruction. ​

Who was Bass Reeves? | Samantha
Aired: 28 July 2018
​
Bass Reeves was born a slave but escaped from his master and lived as an outlaw in the Indian Territory until the Emancipation Proclamation officially made him a free man. He went on to use the knowledge he gained during his time in hiding to become one of the most successful U.S. Deputy Marshals of his day. ​

Yolande Du Bois and the Weight of W.E.B. Du Bois's Dreams | Elizabeth
​Aired: 21 April 2018
​
In the 20th Century, W.E.B. Du Bois was one of the leading intellectuals of the movement to gain equality for African-Americans. His daughter, Yolande Du Bois, found much of her life shaped by her father's desire for his daughter to be the exemplar of the abilities and potential of African-Americans. In this episode, Elizabeth examines Yolande's life and to what it extent it was shaped by her father.

Evacuating the Loyalists | Christine
​Aired: 24 March 2018
​
During the American Revolution, not everyone living in the rebellious colonies wanted to separate from Great Britain. In this episode, find out how Loyalists (those still devoted to King George III) coped with the war ending and the colonies achieving independence.

Join Elizabeth as she once again examines the stories of three people buried in a cemetery in the Atlanta metro area. Second-sight, sharecropping, and a street called Auburn Avenue provide context for the lives of those resting at Washington Park Cemetery many of whom were descendants of slaves.

In 1968, the striking sanitation workers of Memphis carried signs declaring I AM A MAN. This statement answered a question asked by abolitionists and supporters of Civil Rights since the late 18th century.

Jumping the Broom: The Evolution of a Wedding Tradition | Lesley
Aired: 19 April 2014

Weddings are ceremonies steeped in cultural traditions. From the costumes to the carefully-selected color schemes, marriage ceremonies often become orchestrated events more than a public celebration of love. But where do these traditions originate? In this episode, Lesley explores the surprising history of "jumping the broom" at wedding ceremonies throughout history.

Who were the pirates of the 17th and 18th centuries, and what enabled them to rise to power? In Europe, pirates could be treated as celebrities or tried as criminals. At sea, pirate crews made legal agreements covering not only the division of loot, but forms of health insurance and injury benefits. Contrary to the pirates of Hollywood, moreover, crews were often multiracial, with men (and sometimes women) from Europe, Africa, and the Caribbean working side by side.

In June 2013 the British government agreed to pay approximately £20 million in reparations to individuals tortured during the Mau Mau emergency in Kenya in the 1950s. But who were the Mau Mau? What was the emergency? And why do the British feel they should owe a debt?

Join us for a discussion of one of the most well-known narratives of slavery used by the British Abolitionist cause in the 18th century.  We examine what it reveals about identity and race in the time period but also tackle the issue of reliability and accuracy in memoirs.